The sun is a star, a hot ball of glowing gases at the heart of our solar system. Its influence extends far beyond the orbits of distant Neptune and Pluto. Without the sun’s intense energy and heat, there would be no life on Earth. And though it is special to us, there are billions of stars like our sun scattered across the Milky Way galaxy. 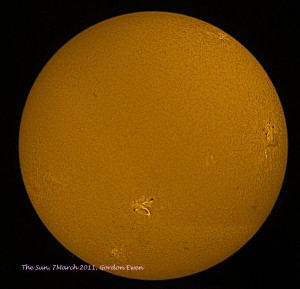 When the Earth and Sun are all perfectly aligned, observers on Earth may be able to witness a solar eclipse.